Tenmoku is the Japanese word for a type of tea bowl made ​​first in China during the Sung dynasty (960-1279). Tenmoku glazes are easily recognizable. The enamels are dark, from reddish browns to dark browns and blacks, produced by a high iron content. Ash is usually incorporated as a flux.

Firing and the cooling of the kiln both influence the transformation of the iron in the enamel. Sometimes when firing is long and the enamel has melted, the iron can separate from the enamel to create a crystallized surface with spots like “oil spots” and the edges or parts in relief can appear lighter due to the runoff of the enamel, which reduces the thickness in these areas.
Photos lent by: Monona Alvarez. 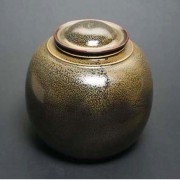 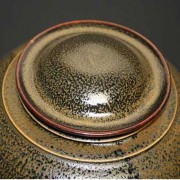 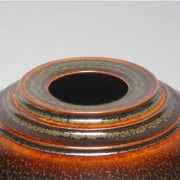 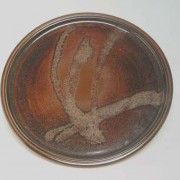 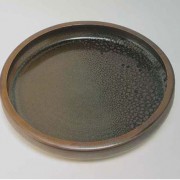 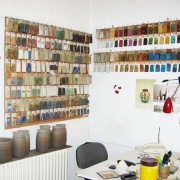