Electric beaters can be bought and are similar to those used with food, but are expensive. It is more economical to buy the arm designed for mixing liquids which can then be attached and used with an electrical drill; this is shown in the first four photos . They are made in different lengths and head sizes to take into account the depth and density of the liquid. Used for mixing colors, glaze-bases, etc., they are very good when a product has become dry and hard; first cover it with water, leave it for a short period and then beat it.

Both (e) and (f) are large electrically run beaters designed for mixing new and used clay with water to make a slip. They are put into the big container which holds the slip and are turned on at intervals to mix it and keep it at the correct intensity for filling molds, the arm that holds the beater can be moved horizontally and vertically. When the slip is being used to fill molds, a tube is put in the container that is connected to a compressor. This pulls the slip out into another tube which is connected to a slip gun. With the pressure of the electricity the slip is drawn up and out through the gun and can fill up many molds. 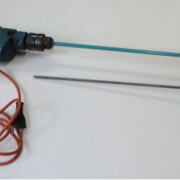 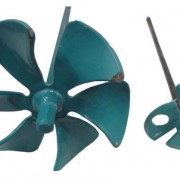 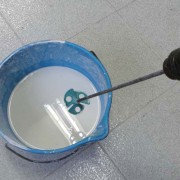 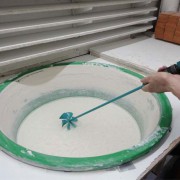 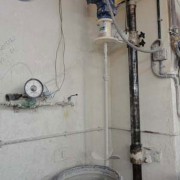 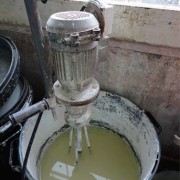