Black is a complete color. You cannot have a light black as it would be gray. Originally black was not used in the “Majolica” method, instead a color which looks like black was made up of other dark colors; brown, blue and red. Manganese, which is a very dark brown, was and is used for dark outlines. Black does not have the problems of manganese but it gives a hard, modern, industrial finish and is good when a powerful impact is needed as shown in the following photo of Piscis, the name of a block of flats. In the design the outlines are made following the Dry-Cord method, the glaze-base is scraped away and then painted with black.
Read more about: Dry Cord 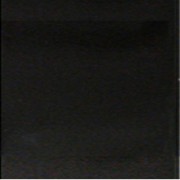 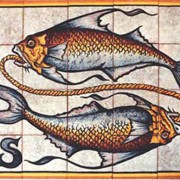