BLUE - One of the first colors used in pottery.

a) The first photo shows different shades of blue on a tile. The top color on the left is a purer blue and on the right the same blue prepared with a little black; the ones underneath are the same shades increasingly watered-down.
b) This photo is included to show the immense possibilities there are for painting with one color.
c) Rabbit: decorated in Catalonia in the 17th Century.
d) Saint: decorated in Talavera in the 17th Century. This shows the two main blues. The dress is a turquoise and the border is a dark blue. This light blue was used more in the south of Spain and Portugal.
e) Shopping: decorated in Manises, Valencia, in the 18th Century. 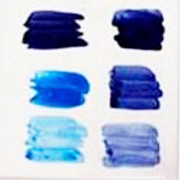 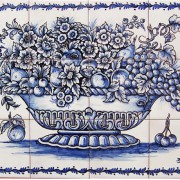 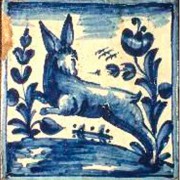 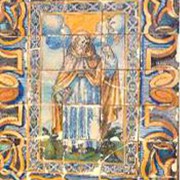 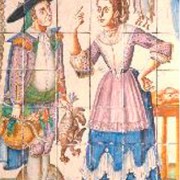