The following photos show border designs as part of the tile.
Straight lines that go round the outer edge of tiles can be of different widths and colors and can vary from a single line to an elaborate design.
a) A line with a dark color, about 1cm from the edge is painted round the tile and then the space left is filled up with a color.
b) It has a dark line, then two stripes of different colors and each corner turns at 45º and is painted with a green color.
c) A classical design used for plates and separate borders and here it is a part of the tile.
d) The two blue lines are overlapped by the design in certain parts and cut at the corners.
e) A border that is part of the tile but could also be used as a design on a separate border.
f) An elaborate border, which has the same design on the sides, but the top and bottom are different.

The next section; Borders – Separate tiles for framing. 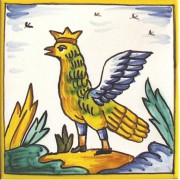 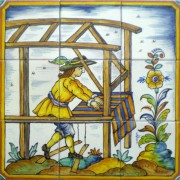 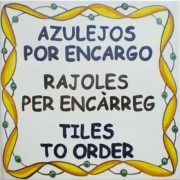 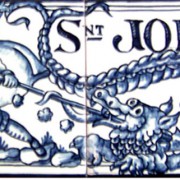 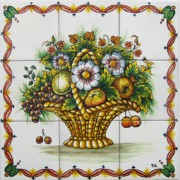 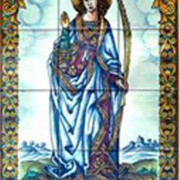