Cracks are caused by a fault in a solid pottery material, such as dry clay, bisque and fired glazes. It is a very fine space, which is usually as thin as a pencil line. It is the start of a piece separating and if you put the piece onto a solid object like a table and push the opposite side down, it will break in two or more pieces. In dry clay or bisque, cracks can be attributed to different causes: drying too quickly, contraction & expansion, mixing different clays, adding the same clays but of different consistencies, connecting a thin bit of clay to a thicker piece so the drying of the thinner is quicker, adding elements such as handles or footings, firing too quickly during the first hours, the material not being dry enough when fired.
Remember that pieces may be broken without the damage being seen, so sound each piece before starting to decorate, including the ones that are industrially made.

Cracks in glazes are usually caused by shrinking, either the bisque shrinking more than the glaze or the opposite, the glaze more than the bisque. This happens during the firing and can usually be seen as shown in the photo below. Sometimes a product can be bought and the cracks do not start to appear for a long time. The crack forms small spaces which just fall off or can be lifted off by slipping a knife underneath. To repair it is impossible as it continues appearing in other places and is known as crawling. 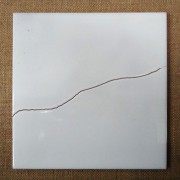 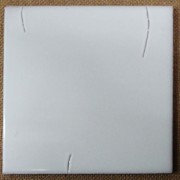