Press mold. The mold is in two parts, the top and the bottom and when pressed together they fit exactly. The photos show how to reproduce two different designs, six of the large one and two of the small one.

The clay is passed through the extruder and then sliced into pieces. The mold has eight sections but only six are used, the clay is put on top of the ones to be used. The machine is turned on, the top part moves down and squashes the clay into the spaces and joins the two parts to form a mold in one piece.

The top part is moved up and takes the clay with it. A board is held underneath, against the clay and when it is pulled down the clay sticks to it. The board acts as a tray for the molds which are moved onto a large trolley and left to dry.

Note: SOT CERAMIC’S STUDIO has three potters working together but each with their own specialty. These tiles are small copies of large ones used for pavements in Barcelona. The dictionary has three sections on Molding – Press Molding that go through the process of making them. They are made by two potters, Joaquim Toribio made the molds, the first two sections and the last on decorated is by Jordi Salvador

Photos taken in the workshop of Sot and is the work of Joaquim Toribio: www.ceramicasot.com 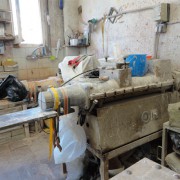 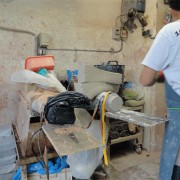 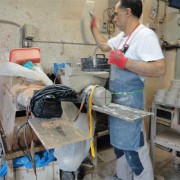 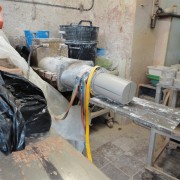 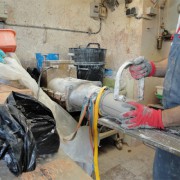 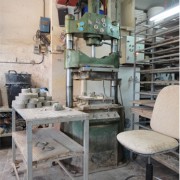 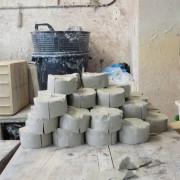 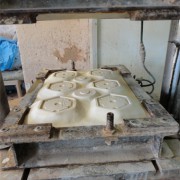 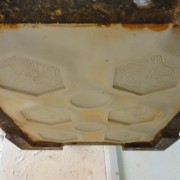 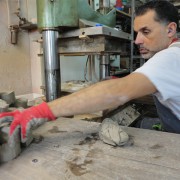 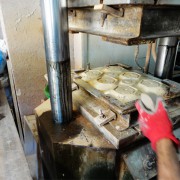 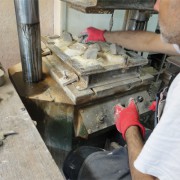 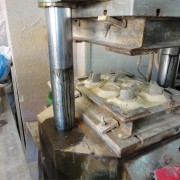 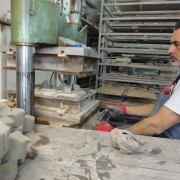 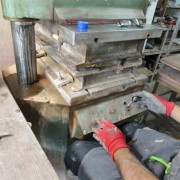 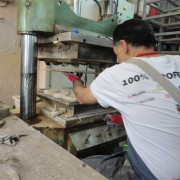 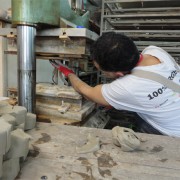 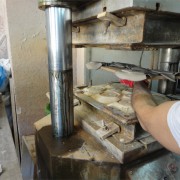 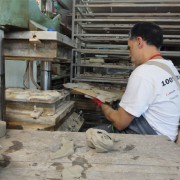 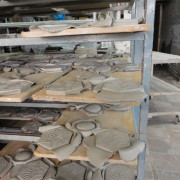 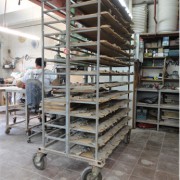