The firing of clay started thousands of years ago. At first the work was left in the sun to dry, then primitive man realized that the hotter it got the stronger it became and started using bonfires. The first evolution was pit firing it’s one of the oldest methods of firing; pits are spaces in the ground, they can be a natural formation or dug out by hand.

Plate and pots are prepared with clay and left to dry, when leather dry or after bisque firing they can be burnished or decorated with oxides and when bone dry they are put in the pit for firing. Each piece is filled and completely surrounded with a combustible material, such as sawdust, leaves, salt, wood shavings and small bits of wood. When the pit is full it is set on fire, from above or below as shown in the photos and left until the fire is completely consumed. The firing is slow, between 24 and 48 hours if it is a small pit, and it is fired until it reaches a temperature of approximately 900º C.

When the fire has cooled the work is removed and cleaned with water. The colors and tones of the work depend on which materials have been used for firing.

Over the years the same method has always been used, what has changed is the structure of the kilns used for wood firing, they are now made with bricks and metal or perforated metal drums can be used. They are installed outside the studio and in this way the firing, colors and temperatures, etc. evolved.

The following describes part of the experience of firing using primitive kilns. The description and the photos are by Fernando Malo: http://www.fernandomalo.com

At Ceramic Activa, we have started to go back to making pieces again playing with clay and pottery. We had an exhibition 33 years ago with Ángeles Casas showing pieces that had come out of our kiln, a hole in the ground where pieces were fired using sawdust. Today we have christened it “Pit Firing”.
Looking for simple methods, using minimal resources and leaving aside the normal methods of firing pieces in a pottery studio, we started to construct a kiln with the same earth as the pieces to be made. We made a small hole in the earth, took out the earth, kneaded it, formed the pieces and returned them to their origin but added fine sawdust, the heat, temperature and the magical transformation of the clay, the enhanced strength, color and sound of the fired work. 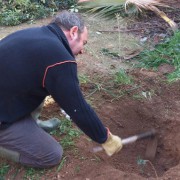 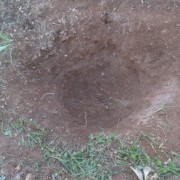 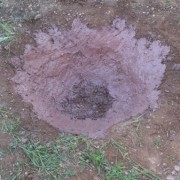 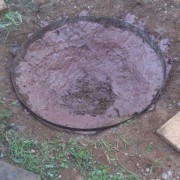 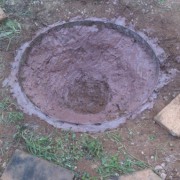 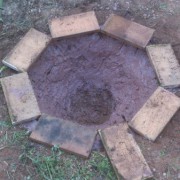 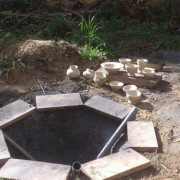 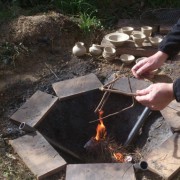 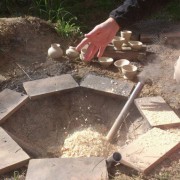 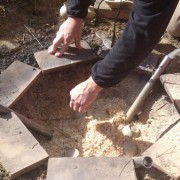 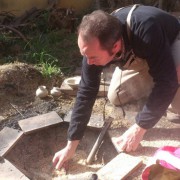 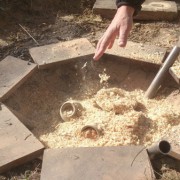 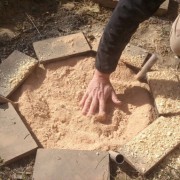 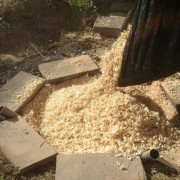 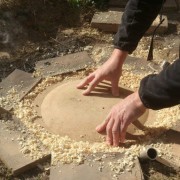 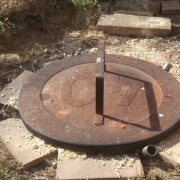 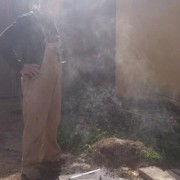 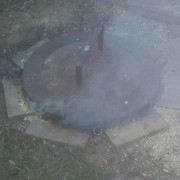 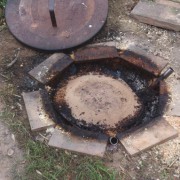 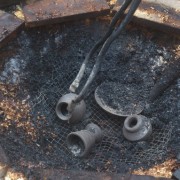 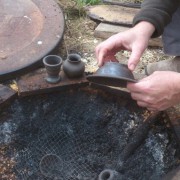 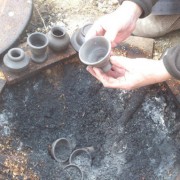 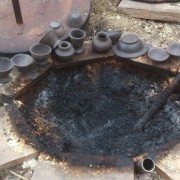 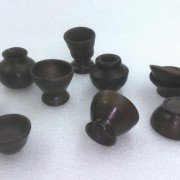