History: Porcelain paste is of Chinese origin. It is said that Chinese ceramists prepared mountains of porcelain for their grandchildren and left it exposed to the elements for two generations so it became more plastic, this was approximately 1500 years ago.

It was Marco Polo in his travels who introduced it into Europe. There were many attempts at copying it, but it was not until the eighteenth century that the true composition of porcelain was discovered and the first porcelain factories started in Europe

Characteristics of Porcelain: Porcelain is a translucent white paste, hard (it cannot be scratched by steel), uniform, very sound, fully vitrified, which displays an interior of very fine, bright particles when broken. It is impervious to water and resists frost well, even when not covered with a glaze. These characteristics of the paste, especially its translucency and vitrification, define porcelain. If it retains all these features minus the translucency, then it is a ceramic.

There are different types of porcelain:

Dental Porcelain: This porcelain is basically feldspar with a little quartz and a little kaolin in the composition. It is a self-glazing paste which is used to make dental prostheses. Due to its high percentage of feldspar, it can only be used with molds. Photos b) and c)

Bone Porcelain: Bone china was produced for the first time in England in 1794. The main feature of this compound is that it is very white and very translucent. It has a high impact resistance and is used to make tableware. The firing temperature is around 1200º C and upwards. Besides the three essential components, kaolin, quartz and feldspar, it contains a percentage of tricalcium phosphate which makes it especially white. Photos d) and e)

Steatite Porcelain: This type of porcelain is characterized by its ability to efficiently withstand thermal shock. Its main component is magnesium or lithium. It is used to make thermal insulators for the cables used in high voltage electricity pylons, to make dishes that can be used on a direct flame and to be a component of car engine parts. It is good for Raku. They are porcelains with a low quartz content and high in alumina. Sillimanite (Al2 If O5) is often used instead of quartz. Compositions containing at least 50/55% of kaolin and less than 25/27% quartz are the most resistant. Photos h) and i)

Soft Porcelain: Soft porcelain is the term used to describe porcelain compounds that are vitreous, white and translucent and vitrify below a cone 12. It is advisable to bisque fire with a cone 8 as it deforms a lot, and glaze fire at a lower temperature. It is used for dinner services. Photos j) and k)

Vitreous Porcelain: This porcelain has been developed for making sanitary ware as it is a strong material and relatively waterproof. It has a high mechanical strength and deforms very little during firing. Photos*l)* and m) 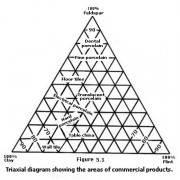 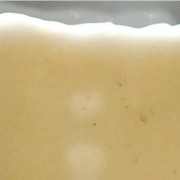 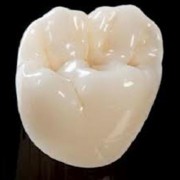 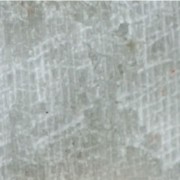 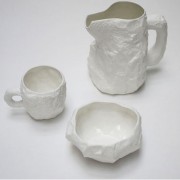 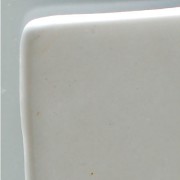 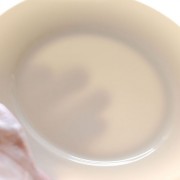 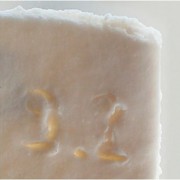 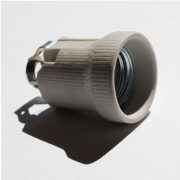 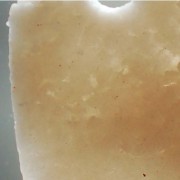 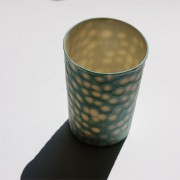 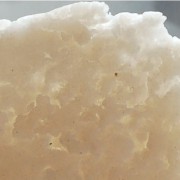 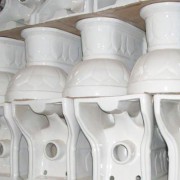